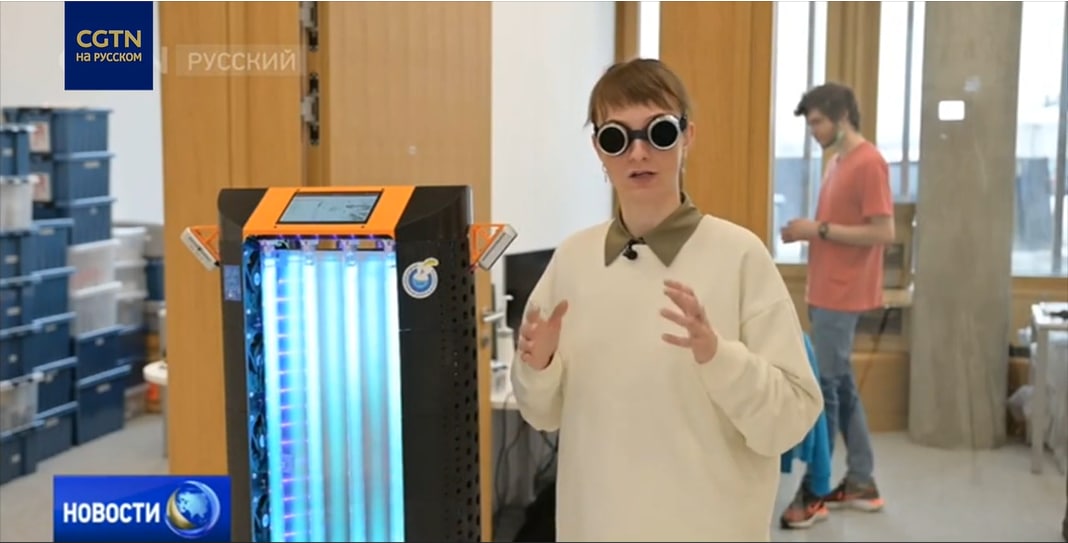 The Skoltech Center for Digital Engineering has created a robot for disinfecting hospitals and shops.

According to its creators, it is completely autonomous and requires no human intervention. Using ultraviolet lamps, it kills more than 95 per cent of viruses and bacteria.

A couple of minutes for adjustment - and "Ultrabot" goes into battle with bacteria and viruses. It works on the same principle as quarts in a hospital. But first, the robot is given a route.

Andrei Potapov, a student in the master's degree programme in Space and Engineering Systems, said, "The map is shown on the display, and it can also be displayed on the laptop when it is set up. And while he has collected the map, he can indicate the points he will follow on the map on his own.